Eviction of the camp close to the train station
At the end of September, the authorities evicted the makeshift camp in the park close to Como San Giovanni train station, where many refugees had been sleeping and gathering. Afterwards, the people were brought to an official Red Cross/Caritas container camp close to the train station, many against their will but with no other choice. There is also a permanent police presence in the park and around the train station, where the refugees are prevented from sleeping or gathering. Therefore, many people no longer stay in Como, but in and around Milano and just travel to Como when they try to enter Switzerland.

The Caritas camp
Around 250 people are estimated to be staying in the camp at the moment. In order to be able to stay in the camp, refugees have to register as an asylum seeker and identify themselves at the local Questura. The entrance of the camp is guarded by local police. No independent observers or journalists are permitted to enter the camp.

Rebbio Parish
Between 40 to 90 mostly underage refugees have found housing at the church community in Rebbio, Rebbio Parish, La Casa di Giusto where they are given food and other forms of very basic support.

Push-backs
Most people in Como who we spoke to, including the minors, have been pushed back several times. The Swiss border guards return them without listening to their demand for asylum in Switzerland and without considering their age.
Thanks to the work of Don Giusto and locals more than 600 pushbacks of minors were documented to have happened from mid-July to the 25 of August. This number has gone up by another 300 in September and October. The papers which are issued by the Italian police upon return to Italian territory speak of a „simplified readmission“ after an attempted unauthorised border crossing. The minors are received by Italian police from the Swiss police and then taken to Rebbio.

Most of the people we met are from Eritrea, Gambia, Ethiopia, Somalia, Nigeria, Morocco.

We interviewed several people about the ongoing push-backs. This practice has not changed, even though several reports have drawn attention to it (see for example the ASGI report, available here). With media attention having died down, there is even less monitoring of the Swiss border-guards’ practices taking place.

Scenario of a push-back

We talked to refugees who tried to apply for asylum in Switzerland up to 7 times. They all speak of a similar chain of events. First, they get apprehended in Chiasso train station, on the Swiss side of the border, based on racial profiling techniques. They are asked individually for their names, place of origin, age, and destination. In many cases, they were denied the possibility to apply for asylum even when they explicitly asked for it – sometimes even showing the demand for protection in written form to make sure they were understood. In some cases, the people who are turned back to Italy are brought to Taranto Hotspot, or even as far as Sicily. Most people are returned to Italy on the same day as their entry into Switzerland, but people who arrive later at night are sometimes kept overnight and returned the next day. Sometimes the Italian Police gives a paper stating they have been sent back by the Swiss police on the basis of a simplified readmission procedure. The readmission agreement between Italy and Switzerland which codifies this procedure dates from the year 2000. This intergovernmental contract should however be derogated by an asylum application.

We spoke to M., a 20-year old person from Sudan, who explained that he had tried four times to apply for asylum in Switzerland and had been pushed back each time. The Swiss border guards asked for his name, his country of origin and his age. He explained: „I want to claim asylum. There is fighting in my country. I need protection. I want to stay in Switzerland“. Nevertheless, the Swiss police handed him over to Italian police and he did not receive any kind of paper or written explanation.

Swiss border-guards’ abuse of the right to asylum

The right of asylum is a basic right. It is stipulated both in EU law and Swiss law. Each application for asylum has to be dealt with individually in Switzerland. It is the SEM (State Secretariat for Migration) who is responsible for evaluating the asylum claim, not the border guards. The practical experience of the people who have been pushed-back to Como tells a different story. Border forces have repeatedly decided over the destiny of refugees autonomously, without considering their right for lodging an asylum claim.
This is a clear abuse of the Swiss border-guards’ authority as they should transfer the individual claims to the SEM, according to Swiss law. 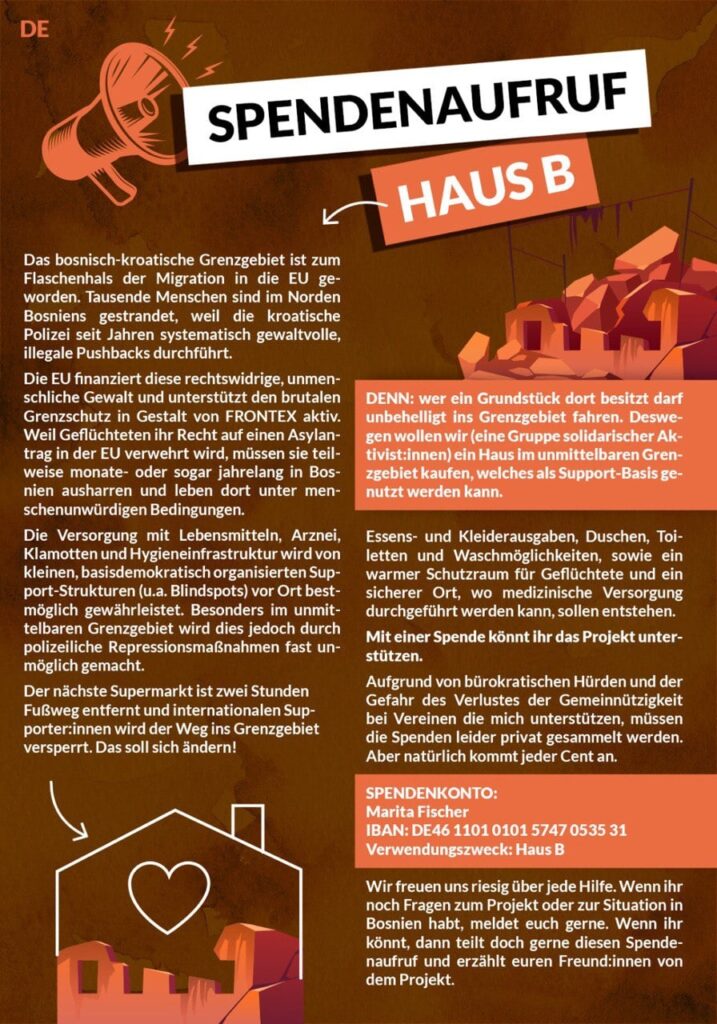